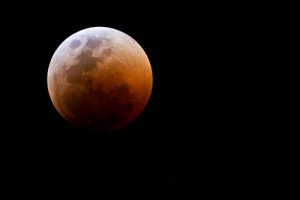 The #1 topic I get asked to write about is eclipses.  There is something mysterious, ominous, and awe inspiring about these heavenly events which happen in cycles approximately every 6 months that puts those with even the slightest astrological knowledge into a frenzy.

I will admit eclipses are not my area of expertise.  I tend to look at them psychologically and spiritually rather than attempting to predict events with them.  I would probably even debate that outer events that often occur simultaneously with eclipses are physical manifestations of a psychological or spiritual process.

There is a bit of controversy over what in the chart is influenced by an eclipse.  Some astrologers pay attention to every planet in or around (3 degree orb) the eclipse, while other astrologers only focus on the conjunction and opposition aspects. I personally believe that since an eclipse is either a New Moon (Solar Eclipse) or a Full Moon (Lunar Eclipse) that for the sake of simplicity its best to focus on the conjunction and oppositions.  This makes the chart easier to manage especially when there is an eclipsed planet.