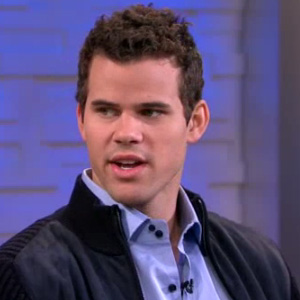 On December 9, 2011, Kris Humphries appeared on Good Morning America and sources close to the 26 year old NBA star claim that he is livid over the interview.  He referred to Josh Elliot as “this guy” because the interview revolved more around his marriage to Kim Kardashian than his basketball career.

Humphries – an Aquarius with Venus and Mars in Aries may find that the intersection between the personal and the professional will continuously collide throughout 2012.   Uranus will activate both planets throughout the first part of the year forcing him in and out of the spotlight despite his desire to move forward.  Further, Kris could experience troubles in his social circle with Pluto moving through his 11th house of friends.   Expect more news about his marriage to surface around April 22 – April 28th as Jupiter squares his natal Sun.

What Can Kris Learn From His Marriage To Kim K.?

I pulled some tarot cards to give Kris some additional guidance.   The cards were pulled as follows:   Judgement, 3 of Cups, and 2 of Pentacles.

Judgement:  This is a major arcana card and reflects Kris taking responsibility for his actions.  Was the marriage real?  Was it a giant publicity stunt?  The focus of the public is judging this rather harshly, and Kris may need to realize that it will take some time for people to take his feelings and his emotions seriously.

3 of Cups:  I found this card rather interesting.  In tarot, it can mean either a celebration or the coming together of relationship.  It is one of the marriage cards in the tarot deck.   Kris can really delve into himself with this energy and figure out what “marriage” and “relationship” really mean to him.

2 of Pentacles:   This card reflects Kris needing to learn how to juggle different parts of his life.   Intertwining his personal life and professional life was probably not the best decision he has made.  This card gives him the ability to see that both are important, but if you are going to be in the public eye then you might need to put up some proper boundaries.

I pulled a card for Kris’s future – the 7 of Cups.  This card reflects choices to be made.   Kris can decide that he likes the fame that was involved with being Mr. Kim Kardashian, yet sacrifice much of his private life.  He could also chose to focus on projects that really matter to him and push beyond this.   The 7 of Cups will guarantee that many opportunities will arise so he can chose one or the other.