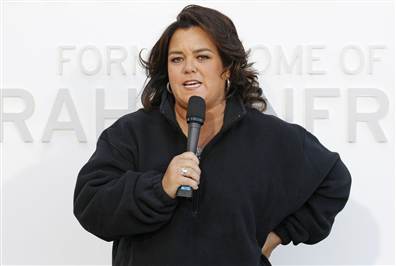 Talk Show queen Rosie O’Donnel announced that she will marry girlfriend Michelle Rounds during the Christmas holidays.  O’Donnel who currently hosts “The Rosie Show” on OWN, met Rounds earlier this year at a Starbucks before making their first public appearance in September.   The couple plan to live in a 2.5 million dollar town home that Rosie recently purchased in Chicago.

Rosie – an Aries has always been a firebrand and (as of late) known for her rather controversial political views.   Her last foray into daytime TV was as the moderator of the View which was mired in infighting and bickering amongst Rosie and co-star Elizabeth Hasselbeck.  Uranus is transiting Rosie’s natal Sun creating a rather high energy period for Rosie.  However, Rosie’s Venus (also in Aries) will be transited by Uranus in 2014.  This could lead to relationship problems for O’Donnel and Rounds if the relationship is not nourished and Rosie feels constrained.

What is the future of this relationship?

I asked the Tarot for some insight into this relationship.  I pulled Knight of Wands, 9 of Cups, and Page of Wands.

I found this trio rather interesting.   I must admit I have a bit of concern over this spread.   The two fire cards reflect the power of highly idealized romantic love.   I would have preferred to have seen a Pentacle to give this a little bit of ground to go the distance.   Unfortunately the 9 of Cups is often too idealistic with its vision of perfection, and Rosie could have difficulty maintaining romantic idealism long term.

If I was reading for Rosie, I would suggest that she really take a good look at her tendency to become frustrated when the world of responsibility and details becomes a player in the relationship.   If she can build a solid structure underneath this relationship (in her last one she tried by having 4 kids), then this could work out.  Otherwise, as I stated earlier, Uranus could be this couples undoing